Via a special cable, and assuming firmware support, USB OTG allows a peripherals device, such as a smartphone or tablet, to act as a USB host, and communicate with other peripherals, such as keyboards, mice, cameras, FLASH drives, or serial adapters. It enables these devices to act as front panels for headless devices like the BusPirate or RasPi/*nix embedded servers, via apps like DriodScript or HTML5 Web Apps (where supported) 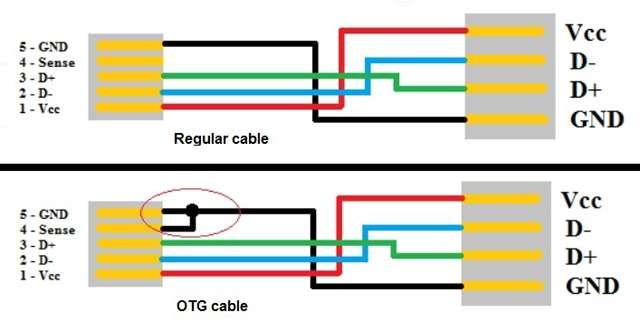 The primary problem with USB OTG is power: Very few devices can both charge (or just receive power) AND operate as an OTG host at the same time, even when connected via the required Accessory Charging Adapter. See USB Power ACAs section for cables and more.

These devices are known to support USB OTG and charging with an ACA cable:

Devices which have a separate DC in power jack and support USB OTG (WIth any OTG cable, does't need ACA)

Known to support OTG but NOT while charging: This limits OTG to either very short periods of use

Sadly, since most battery level sensing is time based, it's unlikely that just replacing the battery with a power supply will work. ^

Know to NOT support OTG at all: